Vi was a traveller, and a writer, and this blog is dedicated to her,  my firstborn.  Here is a story she wrote to me in an email.  Enjoy!

Dear Mom,
Yesterday I fell down in the subway. I mean, all the way down, as in, to the
ground, both legs in the air. You see, I had gotten up to give someone my
seat. I wanted to give up the seat because earlier that morning, on my way
in to school, an elderly Asian woman wearing too much makeup had given her
spot to a family with small children, and I should have let the old lady
take my place. But I was busy reading about shit that happened two hundred
years ago, and I didn’t see what was happening in front of me until it was
too late. Then I felt bad. I also felt bad because my thesis is bad. Not
horrible, but mediocre. I spent a few hours trying to make it better in the
library at school, then walked through Washington Square Park on my way back
to the subway stop because I heard the sound of drums. Not hippie drums, but
the insistent pounding of Japanese drummers. It was a students association,
and of the twenty or so kids running around in the rain wearing Japanese
garb and pounding on their instruments, at least five were awkward anglos. I
was trying not to cry in public. There was something so beautiful about
those kids cavorting in the park, sweating and smiling, looking so wonderful
and ridiculous. It reminded me of New Orleans, but it was undeniably New
York.
Then I got on the subway and tried to give my seat to a man so he could sit
next to his daughter, but my bag was heavy with books and I wasn’t ready for
the train to move and there was a split second where I didn’t know who or
where I was and I couldn’t see. Then I looked up and there were two big men
with their long arms stretching at me and I remember I wanted to stay on the
ground for a minute, but they pulled me up anyway.
And then I was laughing, because now I was the ridiculous one, but in a good
way.The man across the aisle was smiling so big, and I know I must have
looked crazy, this big somber white girl down on the ground with both legs
sticking straight up in the air.
I have felt better ever since I fell down. I recommend it to anyone who has
been feeling too heavy. Just give up for a moment; let the gravity take you
away. Once you’re all the way down, there’s no where to go but up.
If you are reading this story, then you are one of the people who has been
solidly listening to me stress for several months now and I want to thank
you. I am so glad you are my friend.
Here is one little gift. It’s a poem by Rumi that I remembered after my
subway story. I love this poem, and I love you, and I hope you love each
other.

It's the old rule that drunks have to argue
and get into fights.
The lover is just as bad. He falls into a hole.
But down in that hole he finds something shining,
worth more than any amount of money or power.
Last night the moon came dropping its clothes in the street.
I took it as a sign to start singing,
falling up into the bowl of sky.
The bowl breaks. Everywhere is falling everywhere.
Nothing else to do.
Here's the new rule: break the wineglass,
and fall toward the glassblower's breath.

Inside this new love, die.
Your way begins on the other side.
Become the sky.
Take an axe to the prison wall.
Escape.
Walk out like someone suddenly born into color.
Do it now.
You’re covered with thick cloud.
Slide out the side. Die,
and be quiet. Quietness is the surest sign
that you've died.
Your old life was a frantic running
from silence.
The speechless full moon
comes out now.
"I used to want buyers for my words.
Now I wish someone would buy me away from words.

I've made a lot of charmingly profound images,
scenes with Abraham, and Abraham's father, Azar,
who was also famous for icons.

I'm so tired of what I've been doing.

Then one image without form came,
and I quit.

Look for someone else to tend the shop.
I'm out of the image-making business.

Finally I know the freedom
of madness.

A random image arrives. I scream,


"Get out!" It disintegrates.

Only the holder the flag fits into,
and wind. No flag. " 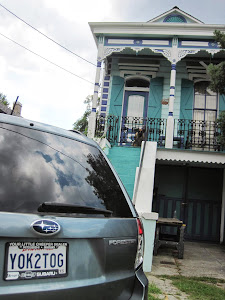